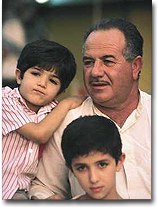 When making population counts we need to include the more than 3 million people who have immigrated to Germany and other countries with the 65 million people living in Turkey. Today, 70% of this population live in cities and 30% in rural areas. Especially after the 1950s, the modernization of agriculture and industrial development resulted in mass internal migration from rural areas to cities. This internal migration still continues at a tremendous speed, causing a series of problems such the issue of slums and shanty towns. High population growth rates have resulted in a very young population. After the 1960s there has been a decrease in this growth rate as a result of extensive efforts in family planning.

In today’s Turkey, most of the population is concentrated in the Marmara, Aegean and the Mediterranean regions which are economically more developed compared to the Eastern and Southeastern Anatolia regions.

Please click here for statistics of the population and people of Turkey.