It is commonly said that you can experience each of the four seasons on the same day in some part of Turkey. During the spring months early tourists bask in the Mediterranean sunshine of the south while on the lofty mountain tops above people are skiing. The Black Sea region glistens under spring rains while Southeastern Anatolia still sleeps under a blanket of snow. In some areas the temperature variation over 24 hours can be as much as 20ºC. Average precipitation from region to region also varies enormously. For a country located in a temperate climatic zone, this variety is unusual, and is due to the diverse nature of Turkey’s landscape, ranging as it does from low-lying plains to towering peaks, and in particular to the existence of mountain ranges running parallel to the coast. 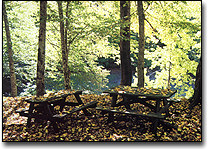 The Mediterranean region, to the joy of the millions of sun worshipers who visit it annually, experiences the hot, dry summers typical of southern Greece and Italy, and its mild winters last only from December to March. The climate of the Aegean is similar though with lower temperatures. The climate of the Marmara Sea and Istanbul, influenced by the Balkan Peninsula, is less appealing. Warm, humid summers are followed by cool, rainy winters with lots of grey sky but not much snow. The Northern slopes of the Black Sea ranges and the narrow strip of land bordering the ‘Pontus Euxine’ are misted over with rain year-round and are known for the resulting luxuriant green vegetation. The summers of the Central Anatolian plateau are hot and dry and the winters cold but fairly dry. Further east, the altitude increases and harsh winters with heavy snow between October and May are followed by blazing hot summers. In the Southeast a Middle Eastern influence exerts itself with cool dry winters and torrid summers.